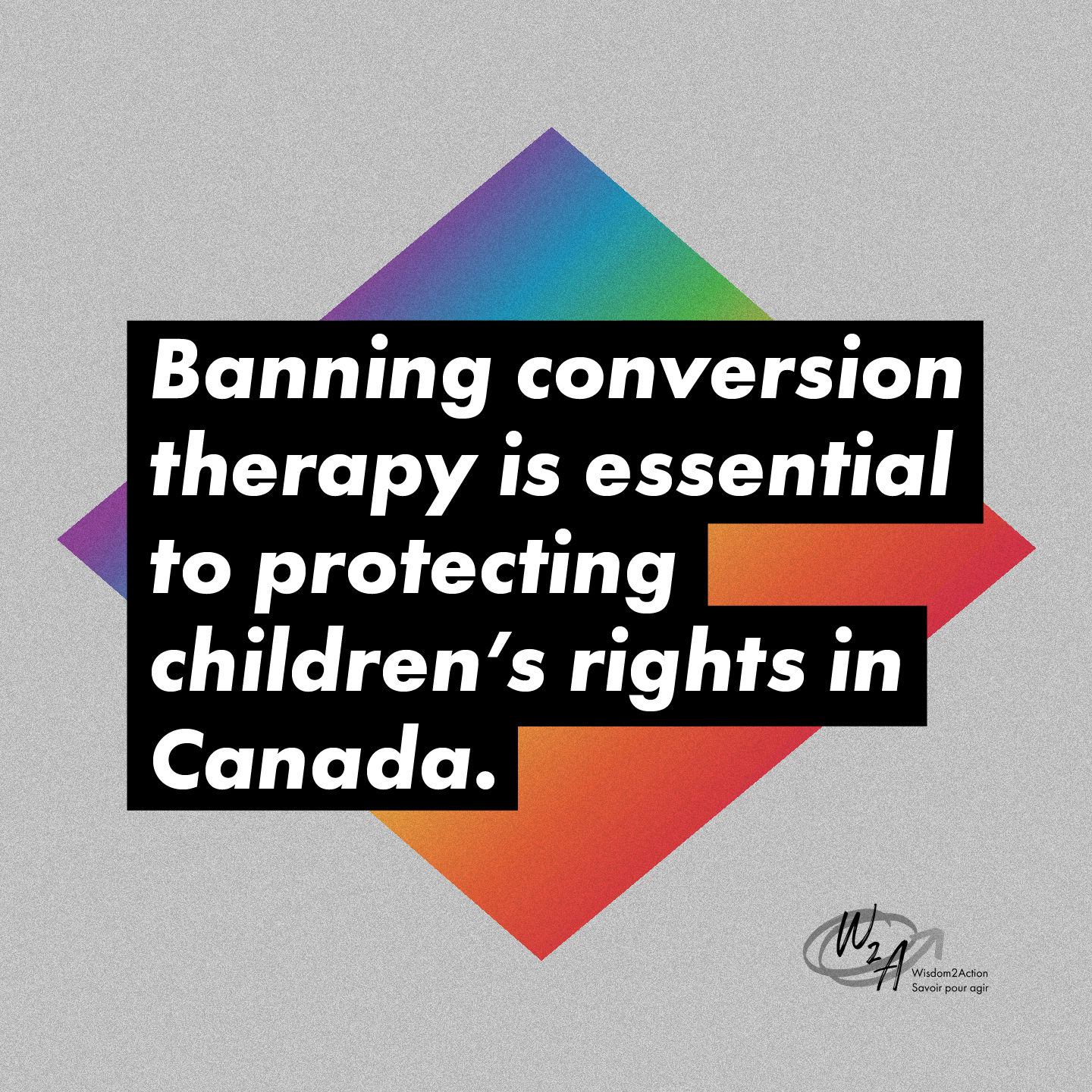 We, the undersigned, represent a broad coalition of organizations and advocates committed to advancing and protecting children’s rights in Canada. We are writing to you to voice our support for Bill C-6, An Act to amend the Criminal Code (conversion therapy). We believe this legislation is an essential step forward in ensuring children and young people are protected from harm and that Canada abides by the United Nations Convention on the Rights of the Child (CRC) and the Canadian Human Rights Act. It is our belief that Bill C-6 is a fundamental component of a holistic approach to protecting all children and youth from harm.

Subjecting children to unscientific therapies intended to repair or cure them of their sexual orientation or gender identity violates a child’s right to protection against discrimination enshrined in Article 2 of the UN Convention on the Rights of the Child (CRC) to which Canada is party. It also violates the CRC’s guiding principle of Best Interest of the Child (Article 3) by failing to ensure that protection is provided and aligned with a child’s well being. Moreover, Article 19 requires Canada to take “legislative, administrative, social and educational measures to protect the child from all forms of physical or mental violence, injury or abuse, neglect or negligent treatment, maltreatment or exploitation” which effectively describes the harm caused to children and youth subjected to conversion therapy.

Furthermore, under the Canadian Human Rights Act, children and young people in Canada are protected from discrimination based on their gender identity, gender expression and sexual orientation. The protections included within Bill C-6 codify the rights of trans, gender diverse and 2SLGBTQ+ children and youth to live free from harm and protected against discrimination.

Canada, like the provinces of Nova Scotia, Prince Edward Island, Ontario, Manitoba, the Yukon Territory, and cities like Vancouver, Edmonton, and Calgary, amongst others, must realize children’s right to protection by legislating to prevent this harmful practice towards children and youth.

We encourage you to listen to the voices of 2SLGBTQ+ survivors of conversion therapy, and 2SLGBTQ+ children and youth who continue to be impacted by discrimination in Canada, by voting in favour of Bill C-6.

Thank you for your time and consideration,

In the spirit of reconciliation, Wisdom2Action acknowledges the land on which it was originally established as the traditional and unceded territory of the M’ikmaq, known as Mi’kmak’i (Nova Scotia). Our team is spread across Turtle Island (Canada) on the treaty lands of many First Nations. We recognize the people and the land in this way as part of our commitment to anti-oppression and decolonization. We are all treaty people.

Subscribe to our newsletter to stay up to date with our work.